Difference Between Yoga and Meditation

With the popularity of East and South Asian influences in western media during the 60s and 70s, many spiritual practices took new roots in the east and west coasts of the US and over time. Those old practices bore the fruit of new spiritual practices that had adapted to the new audience. Despite having moved to a new culture, these practices and ideas kept the main essence of their background. They became something else, mixing the old and new.

Given the popularity of yoga, it is only understandable that new joiners find themselves overwhelmed with the Sanskrit jargon and philosophies. Which is why many budding yoga enthusiasts want to waste no time in asking questions, like, “What is the difference between Yoga and Meditation?”

To help answer this question, we will be looking into both, Yoga and Meditation, side by side. We will take a detailed look at what they entail, how people practice them, and what are their types. Based on that information we will be noting how they are separate from each other or how many similarities they might have between them.

We can define Meditation, in practice, as a/set of techniques where the practitioner intends to enhance their awareness. Despite being a very old tradition, Meditation has taken different forms throughout culture and time. Historically, people associated it with spirituality and religion. Each culture has its versions and traditions of meditation. Due to this variation, meditation has been around for thousands of years.

Traditionally, Monks use to practice meditation temples. While some meditations are performed together as a group, others are more suitable to be performed by the lonesome. The idea of meditation is to enhance one’s awareness. Awareness has two main sides, one is the attention to the present and the other is the ability to focus on one thing only. 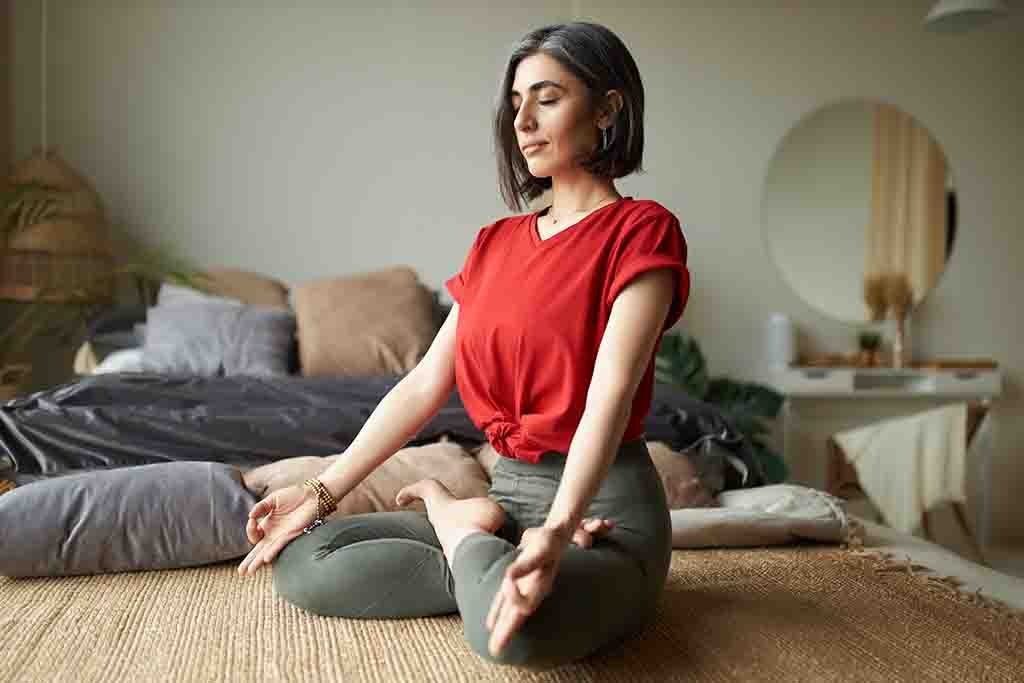 Even though there are different practices to it, there are two main goals that can be achieved in the practice, regardless of the type of meditation. In both these types, meditation is a means for enhancing one of two areas of awareness. The two types of meditations are:

This type of meditation is used to train in enhancing the presence of the mind “at the moment”. This form of meditation has roots in Buddhism and by extension Ancient Indian philosophies. By enhancing one’s experience or focus of the “now”, they can be more firmly grounded in the present and have a higher awareness of themselves and their environment.

This allows for the ability to take in more detail, which the brain utilizes to generate a more coherent version of reality. This type of meditation also allows people to focus more on what’s in front of them and get a chance to be out of the head-space which is very beneficial for mental health conditions like depression and anxiety. A traditional part of mindfulness practice is to be open and accepting of the present. This creates a catharsis with present reality which allows for some psychological peace and well-being.

People use this type of meditation to train, in enhancing the ability to focus or concentrate on one thing. This form of meditation also has roots in Buddhism. By practicing the enhancement of one’s focus, one can train the mind in drawing in more detail from the object of the focus. Generally, people’s focus tends to fade after some time or they are distracted by different things in one environment, which disrupts the flow of information to the brain. By practicing Concentrative meditation, a person can improve their ability to stay focused and not get distracted. It’s a practice of disciplining the mind.

Confusion between the meditations

Concentrative and Mindfulness meditation are often confused for each other but they are very different. To be mindful is to be open to the mind’s awareness of what’s in the flowing present. In Concentrative meditation, all the focus is on one thing (like a sound, sight, mantra, etc) for enlightenment. One requires openness to experience and the other is targeted concentration on one subject or object.

Also, Read
Yoga For Lower Back Pain And Hips Pain

In the simplest words, Yoga is a practice of enhancing a person’s mind, body, and spirit. Yoga is another tradition with roots in Ancient India. While the famous version that everyone is aware of was born in Ancient India. The practices or set thereof are not at all culturally from one place. Different yogis collected them in one place, over time while taking inspiration from many ideas, philosophies, and practices in the region.

Yoga was popularized in the US during the 1950s and 1960s. Around the same time, the western world had become aware of the East as a hot pot for spiritual ideas that had been cultivated for 1000s of years.

In yoga practice, the practitioner changes hold or transitions from one posture (Asanas) to the next. Different postures within sequences are for different benefits. People usually practice yoga in yoga studios as a group activity but you can also practice it alone in a room. People practice different forms of yoga in different ways. Some are slow-moving while others are fast-paced. There are also forms of yoga that yogis practice in heated rooms. Overall, yoga stretches and stimulates all muscles in the body which produces beneficial results. 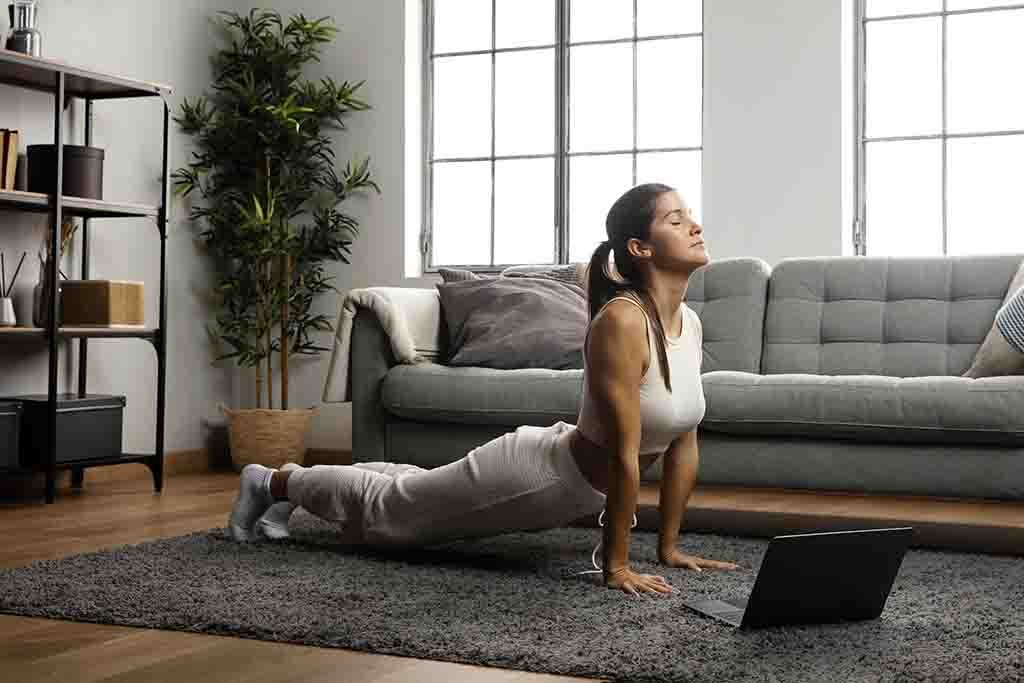 As mentioned, yoga focuses on the mind, body, and spirit. It is therefore very extensive in its philosophies. Yoga is also very flexible which allows it to incorporate multiple and different types of traditions. This is why the variety of its types is very extensive. However, the main types of Yoga are:

Some yogis refer to this form of yoga as the “eight limbs of Yoga”. It is derived from Classical yoga which has 8 aspects and asanas or postures are only one. What people generally consider “yoga” is just the practice of asanas while the full of experience of yoga is the lifestyle and ideology. K. Pattabhi Jois contemporized this version. It involves timing breathing with movements.

This is the form of yoga that most yogis in the west generally practice. Hatha in Sanskrit refers to material techniques. This form of yoga brings together the mind and body by using breathing techniques and postures. It is considered a good place for beginners who want to join the world of yoga. Since it provides exposure to the fundamentals of all things in yoga.

Invented in the 1960s by B.K.S Iyengar, this form of yoga gets its name after him. It focuses more on alignment and postures by using breathing techniques. Moreover,  It focuses more on the postures and the breathing control that should be present during them or while changing the postures. It is a very good option for those looking to enhance their knowledge and skills to advance levels.

This form of yoga combines the spiritual and the physical side. It has roots in Vedantic ideas from Hindusim. The core idea is that there is dormant energy at rest at the base of the spine. Yogi can channel this energy through spiritual clusters (7 of them) in the body to achieve spiritual enlightenment. And they achieve this through a regular practice of yoga while chanting mantras.

Difference between Yoga and Meditation

Having covered both Yoga and Meditation, we can see the broader picture. Depending on how we define Yoga or Meditation, they seem to incorporate one another. But sticking to the details we have learned here we can confidently say that you can associate Meditation with practices associated with the mind. While Yoga is a more extensive set of techniques and philosophies that incorporate the mind, body, and spirit.

Because yoga incorporates the mind, it includes forms and practices of meditation. Its flexibility allows it to include and combine with different techniques regardless of what background they are from. Practicing one or the other will be beneficial either way. However, yoga covers other areas as well so its benefits are more extensive in their overall effect.

We can summarize the differences as follows:

So, this was the difference between yoga and meditation. Meditation is a part of yoga itself. So, if you are doing yoga that means you are also meditating. While doing meditation does not automatically equate to yoga. As we said before yoga is not just an exercise it is a whole lifestyle. It improves every aspect of your body e.g. social, physical, or mental. On the other hand, meditation focuses on spirituality only.