Which is better Tai Chi or Yoga? 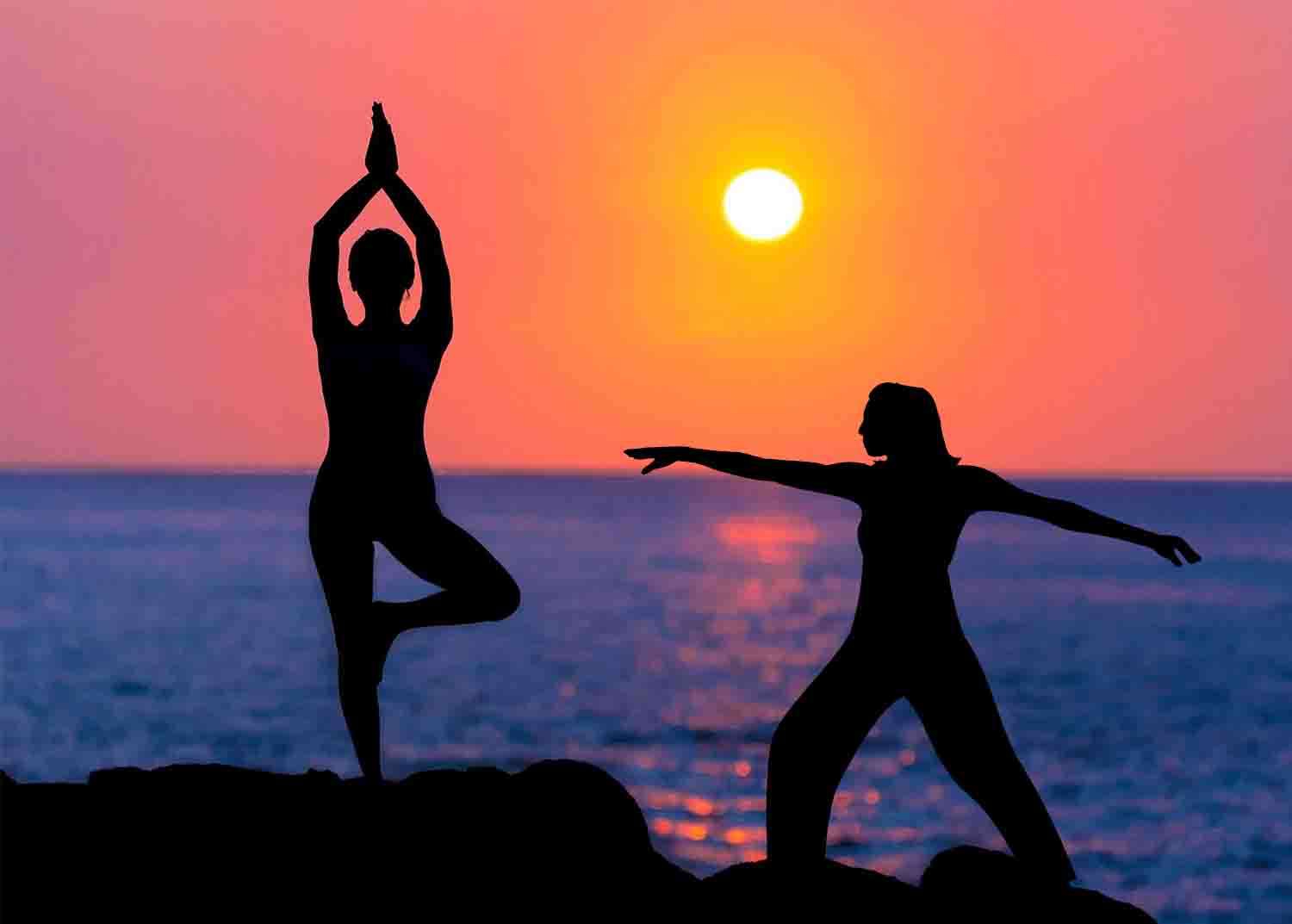 What do ancient Hinduism philosophy and ancient Chinese philosophy have in common? Not much to be honest but centuries of cultural evolution and the advent of technologies have allowed humans to exchange ideas and adapt them to contemporary requirements. As such what might have been perceived as completely unrelated before today is a familiar sight. And so, in the 21st Century, we can find people practising Tai Chi and Yoga as forms of exercise and meditation. As it is for mental, spiritual, and overall well-being, which raises the question: “Which is better, Tai Chi or Yoga?”

Even though both Tai Chi and Yoga have origins in neighboring countries of China and India, respectively, the practices don’t share similar origins.

Tai Chi or more accurately Taijiquan is an ancient Chinese martial art that originated in the Warring States Period (475-221 BC). The basic philosophy in Tai Chi practice is not to directly fight. You cannot resist an incoming force; instead, you got to meet it in softness. A disciple has to follow force’s motion while remaining in physical contact until the incoming force. Understanding this, it becomes clear how Tai Chi also came to practice as a form of exercise and well-being. 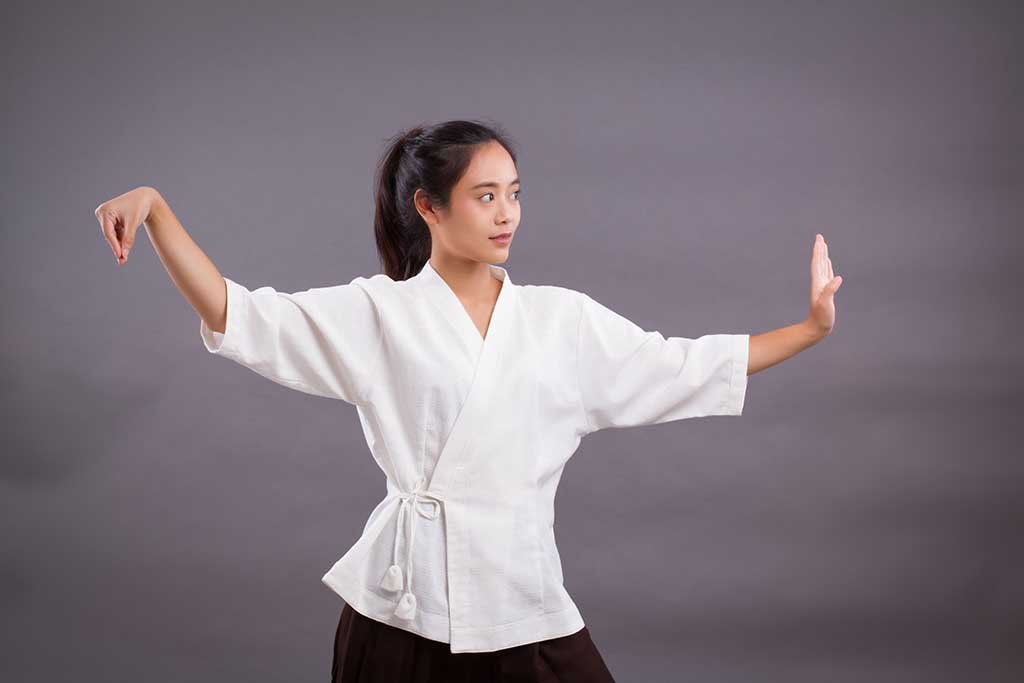 Yoga traditionally and in its entirety is a group of physical, mental, and spiritual disciplines. It is one of the six orthodox Hindu Philosophical traditions. Yoga is not clearly established as to when Yoga truly originated. There are claims that date the practice to pre-Vedic Indian traditions are all the way back to the Indus Valley Civilization of 3000 BCE. The popular form of yoga that people are familiar with is HathaYoga or also known as Hatha Vidya. This type of yoga focuses on physical and mental strength-building exercises and postures. 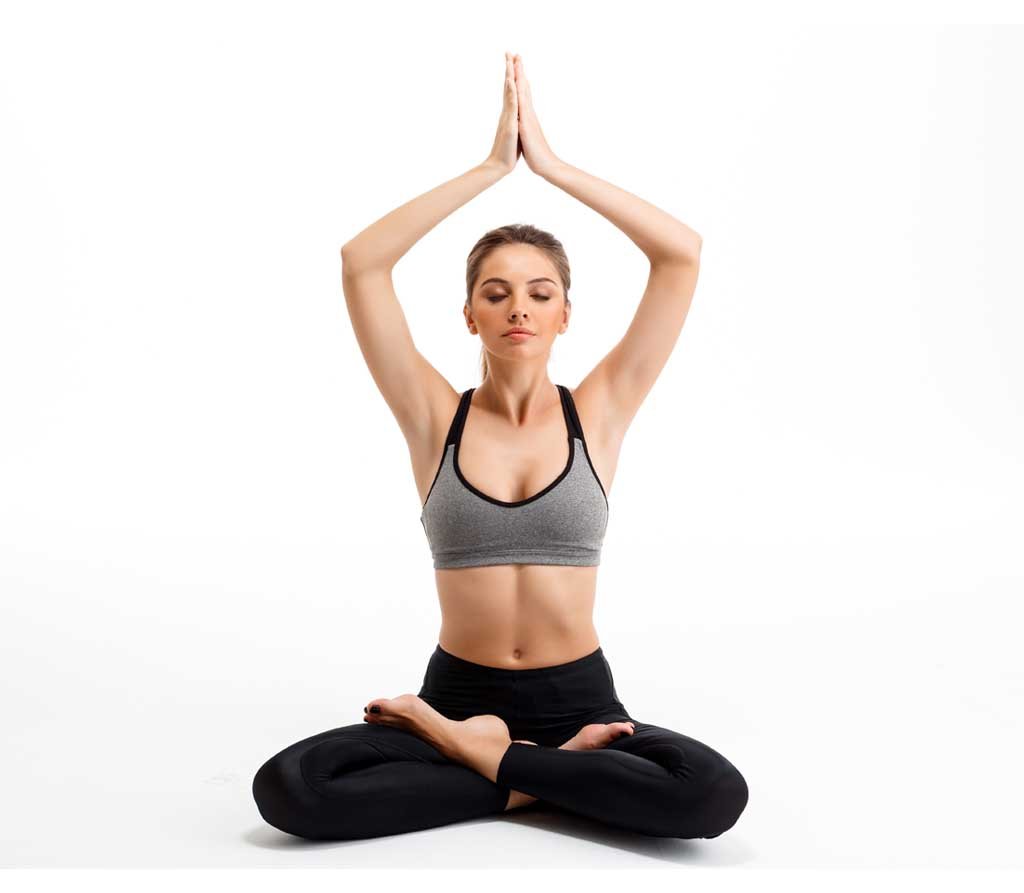 History and Origins of Tai Chi and Yoga:

Yoga was brought to the attention of western nations first in 1893 through the travels of Swami Vivekananda. He was an Indian Hindu monk that travelled over the world to spread his knowledge. Swami also represented India at the 1893 Parliament of the World’s Religions.

Tai Chi by contrast entered America still as a martial art; Choy Hok Pang started teaching Tai in 1939. It wasn’t until 1954 thanks to the performance of Sophia Delza, a pro dancer and Tai chi practitioner that the art touched mainstream hearts. Sophia provided a demonstration of Tai Chi at an art gallery in 1954 thus spreading its popularity.

Which is better, Tai Chi or Yoga?

Looking back to their origins and background, we come closer to finding some perspective on our question: Which is better, Tai Chi or Yoga? To explore this, we will take a look at both forms of exercise to learn how they affect the practitioner.

Yoga and its benefits

There are multiple forms of Yoga, some of which include: Hatha, Power, and Ashtanga.

Yoga is easily accessible without age restrictions. It can be done at home, in the outdoors, individually, or even as a group session.

Benefits to health and fitness:

It is a beneficial form of exercise especially for those dealing with: diabetes, high blood pressure, high cholesterol, and heart diseases. It is also to be good for people suffering from Arthritis which is a very common condition for the elderly. There are also forms of Yoga available that are potentially beneficial for pregnant women.

Due to multiple forms of Yoga being practised it would be hard to pinpoint the exact benefits of each form. However, the common agreement is that Yoga can reduce the impact of exaggerated stress responses. It can also be helpful in elevating symptoms of anxiety and depression. Studies show that practising yoga reduces physiological arousal – lowering blood pressure and easing respiration. There are also studies, which show practitioners of yoga demonstrate a higher threshold for pain tolerance.

Tai Chi and its benefits

Tai Chi, as an exercise, is a low-impact moving meditation with postures flowing together without pause. Moreover looking like slow dances that keep the body in constant motion. The routine of Tai Chi is not designed to burn calories or raise the heart rate. Instead, they are for helping with circulation, balance, and alignment.

Benefits to health and fitness:

While it does provide exercise for flexibility and strengthening, Tai Chi being low impact does not include aerobic or cardio workouts. Hence not providing the necessary sports training benefits.

Tai Chi is also accessible to all age groups and does not require any special equipment. It is practised by individuals at home and also in groups in outdoor spaces. Tai chi is beneficial for those suffering from Arthritis and those dealing with: high blood pressure, high cholesterol, and heart diseases.

It is also practical for pregnant women. However, most people will need to do some aerobic exercises in addition to Tai Chi for optimal health results.

There are studies that suggest that Tai Chi is beneficial for reducing pain, for example in people suffering from Rheumatoid Arthritis, prevention of cardiovascular diseases, effectiveness in coronary disease rehabilitation, and easing breathing difficulties in people with long-term lung problems.

There are also studies that provide some evidence that Tai Chi may improve mental health by reducing symptoms of Depression and Anxiety. Therefore, it also works for enhancing general stress management. Some studies indicate Tai Chi practice as a factor potentially delaying the deterioration in cognitive functioning associated with Dementia.

However, scientists and doctors agree that practising either of these is generally good for health.it may also prove to be preventive for some pre-existing conditions.

Is tai chi or yoga better for anxiety?

Like all other yoga forms, tai chi can prove to be great with dealing with stress-related problems and anxiety. Tai chi also promotes and focuses on meditation and focused breathing. The researchers have also noted that tai chi has somewhat superior results in reducing anxiety levels as compared to other forms of yoga.

Is yoga or tai chi better for arthritis?

Arthritis can be dealt with by adding some flexibility, ease, and comfort to the targeted muscles and bones. As yoga and tai chi are all about gaining flexibility and reducing stiffness so we can say that both of these are good for curing or even soothing the pain for arthritis. In addition, these two exercises are mild enough for your joints and muscles.

What is the difference between tai chi and yoga?

Tai chi is the constant rotation of poses from one pose to another without any pausing. These sessions are mainly focused on relaxed movements.

Yoga on the other hand is all about still poses with no certain upcoming pose lined up. There are no fixed sessions for yoga.

If you have bad knees problem and looking for a yoga mat, check out Our Complete Guide On Yoga Mats for Bad Knees

So, which is better, Tai Chi or Yoga? Both having different origins in past, are not only very similar in practice but also boost the same health benefit. Practising either improve the quality of life and both are accessible for any who wish to pick up a practice. It would seem that to ask “Which is better?” is highly contextual to the needs of the individual.

The only major difference standing out is that Yoga provides athletic aerobic workouts while Tai chi offers low-impact workouts.

It is best to consult a doctor for the best advice on choosing one over the other. if a person is looking to improve certain medical conditions a doctors consult is a must. In other words, it is clear that over time more and more people will be practising yoga and Tai chi. These old arts turned exercises have penetrated modern society and everyone can modify them to find a form that fits them best.